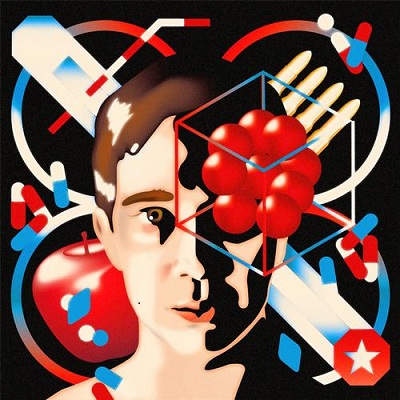 It's time I talk about the album I can't stop listening at the moment, Surkin - USA Club Mixes.

This album is a gathering of clubby remixes and live edits of tracks from his album USA, the simple sight of the tracklist makes you know it's gonna be great. Let's detail these tracks now.

It's time I talk about the album I can't stop listening at the moment, Surkin - USA Club Mixes.

This album is a gathering of clubby remixes and live edits of tracks from his album USA, the simple sight of the tracklist makes you know it's gonna be great. Let's detail these tracks now.


Canblaster, one of the members of Club Cheval, starts the album with a 5 minutes mix of every track from USA, great mix structure, I like the fact that they started the album with this, it feels liks it's a reminder of track you're going to hear.


Quattro was one of my fav from USA, and Feadz can make great things as much as seriously weird things so I was excited and worried at the same time. Well, after a few seconds I totally stopped worrying, Feadz KILLS it right here, the progression is so great I can't decide if I prefer this version or the original...

A duo that is used to work together, they slowed down a bit the very fast and oldschool track that Love Shot is, clearly not the best thing they could have done with the track in my opinion. It works, it's a great and very different remix, the alteration they did on the voice is pretty neat, but not what I was expecting from Noob & Djedjotrnic.


It's no secret that Rustie is a crowd killer, last three concerts I went to I heard his stuff during DJ sets and no one could resist it. Let's sum up this track in three words, Clap, Clap and Clap. The clapping in this remix added to the hip hop style Rustie has makes a mind blowing club mix of what already was one of the best tracks from USA.

Bok Bok isn't someone I'm familiar with, heard of the guy but that's about it, in this collab with L-Vis 1990 they went for a very minimalistic approach of Gold Island, very similar to what L-Vis usually makes, so it's really a matter of taste, I for one think this track isn't bad but lacks of a little something that would make it a major song on the album. The track feels too long for the lack of evolution.


Club Cheval (Canlbaster, Myd, Panteros666 and Sam Tiba) outdid therselves on this one, the synth and the voices are a perfect match. They blend a lot of different aspects of electro in this remix, and it works very well, the original was really calm, this is the complete opposite, things happen every 3 seconds.


First live mix on the album, for one of the most "Surkinesque" track on the original one. This live mix is emblematic of what Surkin is live, a man full of energy, whose hands and head never stop moving, always adding something to the track he plays. The only downside here is that it's far too short, not even 4 minutes sadly...

Stip Steve is one of the best thing that happened to Boys Noize records. This remix is emblematic of the artists I like at Boys Noize, very dark and progressive club music. It has nothing in common with the original Harry, a good alternative.

The track I'm always dying to hear, the Para One remix, especially when it's a remix of Silver Island. Well sadly, as much as I like Para One, this remix was disapointing in a few ways, I would have expected something in the way of Nevrosis, he went for a remix that's more the kind of thing you like to hear in the lounge, not bad but not mind blowing either.

Das Glow releases another "creepy" remix as usual. Distorted voices in the back, weird noises almost all the time and agonizing synth, if you like his style, you're in for a treet.


Broskinski aka the guy that remixes everything is obviously here, playing a lot with the vocals as he always does then going for his very recognizable style on the synths and drums. That's one of my favs on the album the progression of the track is just brilliant.

Another man that remixes a lot of things, A-Trak made something really cool here, definitely something I'm sure I'll hear a lot this year. His objective was obviously to make something you'll hear in clubs more than the original track that wouldn't fit very well, he succeded.

Really not that much to say about Bobmo's remix, I find it very average, it's not bad in any way, but it doesn't bring anything to the album which is a shame when you see what he did with Surking on the two original tracks he worked on.


The other live mix almost sounds like a brand new track, it's so different from the original one. This sounds like the prefect way to finish a live sadly I didn't see Surkin live since the release of USA so I don't know if that's how he uses it, might as well be an opener. Anyway, point is, that track gives great justice to Surkin's live skills, he's an amazing entertainer, go to one of his gig if you have the chance.


Jackson gives us here an organic/wonky/orchestral reprise of White Knight Two, this man lives in another world, a world where he makes anything he wants, such as 10 minutes long remixes that will blow your mind or crazy things to what is probably the greatest track Surkin ever released. It was a very bold move, but what a GREAT move, hats off Jackson.

To sum up, even though the album has a few tracks that aren't amazing, the whole thing is just great, a must buy. 9/10