This feed is a special service to our listeners. Instead of subscribing to each of our individual podcasts, you can also use this feed to get them all at once! 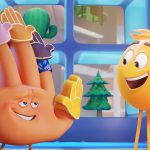 In this episode, more about the downstairs studios, a sleeping revolution, a review of the Emoji Movie and The Martian by Andy Weir. Plus, the problems with 'American Gods' and IKEA's Exploding Death Star Lamp. The post BFR1027: High Five! appeared first on SQPN.com.

In this episode: Vacationing in France; Trideo studio update; a review of the movie Dunkirk and a chololate-vanilla cookie recipe!
In this episode: vacation time; War for the Planet of the Apes, Golden Compass reviews; Tweeting with God app tip and the Star Wars sizzle reel. More at Trideo.com.
In this episode: Simplifying Facebook; Spider-man Homecoming; Stories of Your Life and Others by Ted Chang; Gluten and Communion. Plus, Inoreader - my favorite newsreader so far.
In this episode: furniture shopping; a review of The Mummy; His Dark Material reading tip; The Charlie Card Case and Snapmap downsides.
In this episode: Cleaning up old commitments; Wonder Woman review; Food for hot days; A Movie A Day and looking back at E3.
In this episode: Catching up since the last episode; reviews of The Circle and Guardians of the Galaxy vol. 2; Sgt. Pepper's Lonely Heart Club; ways to walk the Camino; Spanish food favorites; Apple's WWDC 2017.
The story of a black eye; Dutch Comic Con and the Holland Animation Film Festival; how a young Dutch couple ended up working in the blockbuster special effects industry; Star Trek The Next Generation; The Hobbit Extended Edition; Laetare, Lent and Lente.
In this episode: Twin Peaks, new Matrix movies; Studio update, Lent, St. Patrick's Day and abstinence, No Man's Sky, Dutch Comic Con and the Playstation VR update.
In this episode: Kidney stone attack; a review of 'Logan'; Lenten fasting practices, Spritz cookies and intermittent fasting; how your support helped our LEGO video go viral and augmented/mixed reality opportunities.
In this summer episode of The Break: rediscovering board games, a review of Now You Can See Me I and II and much more.
In this summer edition of The Break: reviewing Mr. Robot and the top news and reading apps for your mobile device.
In this episode: Fr. Roderick goes off the grid; a review of Stranger Things; Changing People and the best mobile games of this moment.
In this episode: Off to Poland for World Youth Day; Star Trek and Independence Day review. Plus, Life Lesson #2: How do you learn to find trust in God?
In this summer edition of The Break: Decluttering; a review of Ghostbusters (2016); Twitter and internet trolls; doing digital housekeeping.
In this episode: the Dallas Shootings; watching Jungle Book; Star Trek; the secret of Ramen Noodles; and Pokémon Go.
In this episode: a roller coaster week; Zootopia review; book review TED Talks guide; the summer bucket list and experiencing the HTC Vive.
In this episode: traveling to Atlanta; The Wire and The Informant; Blinkist reading tips; Laudato Si applied to daily life and Sony VR to release in October.
In this episode: My review of Warcraft - The Beginning; You're Never Weird on the Internet; What is Liturgy? Brute Force Attacks.
In this episode: rewatching Godzilla, Rogue One re-shoots, doing the 'Cube Test' Personality Quiz and The Name of God is Mercy on Blinkist.